While waiting for a few articles to come out in the coming weeks (a couple on Libya, something on (in)security in North Africa, and one on Italy as well), I have recently focused my attention on two major streams of research: the future of the Mediterranean and the connections between economy, terrorism and sub-state groups in North Africa, with a specific focus on Libya.

As for the former, I have published an article for the Italian journal Futuri, the publication of the Italian Institute for the Future, in which I analyse the current state of the Mediterranean and its evolution, arguing that a number of processes of fragmentation will continue deepening in the coming years, although a number of (new) dynamics of convergence in other – and to a certain extent less expected – areas will also emerge. This is just the first publication on this topic, and more will follow. 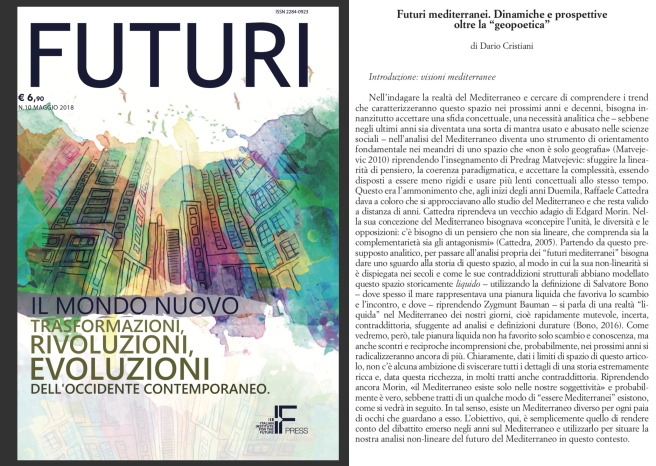 A couple of months before, I also wrote – with Kacper Rekawek and Habib Sayah – a policy report on NATO: “Of Concerns and Image: The Alliance and Its Southern Flank“, published as a part of the GLOBSEC NATO Adaptation Initiative. In this work, we explored the challenges NATO is facing in the Mediterranean region and suggested a number of orthodox – and less orthodox – approaches to address them.

As for the latter, instead, I focused my attention on the risks associated with Economic Jihad in the Maghreb and the Sahel, on which you can find a summary (in Italian) here. I released a couple of private notes to my network of contacts on the risks for the oil sector in Libya, anticipating what’s going on now, and a report on the state of the economy in Tripoli. If you want to receive these notes or being added to my network, please send me an email by clicking here.

View all posts by Dario Cristiani